10 Habits That Can Make You A Millionaire At 27 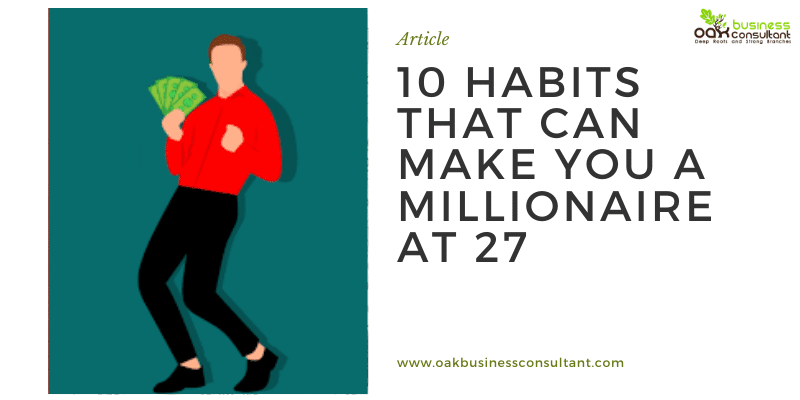 10 HABITS THAT CAN MAKE YOU A MILLIONAIRE AT 27

The normal concept of wealth is that it comes to you with years of hard work and experience and hence at an elder age. But have you ever wished of becoming a Millionaire 27? It might sound unrealistic in the early days but in the current time no. We have an immense number of examples where we see and look up to the youngsters who reached this glory at a very young age, some even been teenagers.

It is often inspiring to think and know about how early and small some of the world’s most successful people started.

Mentioning the success of some of the renowned entrepreneurs would be convenient as today the whole world recognizes them.

Some of the success stories and names are mentioned below

Starting with Mark Zuckerberg; a normal New York student but yes with extraordinary IT skills and the extraordinary idea of social networking initially started a networking site just for his university and later on after its success launched it for the whole world. Born in 1984 and by 2005 at the age of 21, he was the owner of Facebook with so many stakeholders after him claiming their shares and so many companies like yahoo to acquire the networking site. Mark Zuckerberg today worth more than 4 billion dollars and stands on the richest people’s list in the world leaving so many oldies and experienced people behind.

And then we have various examples from various fields, some from a humble background and some from people like Steve Jobs, Bill gates to Justin Bieber, Daniel Redcliff, Ashley Qualls to Juliath Brindak, and so on.

What made them successful was their passion, that unique IDEA, and consistency, and today they are a source of inspiration and a role model to the world.

Being rich is everyone’s dream and here below we would try to guide you to achieve and live up to your dream.

1. HAVE A DREAM, MISSION, IDEA, PURPOSE:

To be a millionaire you should be a dreamer and a dreamer at a very young age. Set the purpose of your dream and hard work. Apple had the mission to provide users with the experience of the most stylish and efficient easy to use products and is still following and is successful in its core mission. Facebook was launched with the purpose to connect people and sharing information and is introducing new features each day.

So set a dream so that you do not wander and have a goal to follow. Do not hesitate in starting small because by doing so you would always remember the misery (if any) you faced during your earlier success days and would not let you stop before reaching your finish line.

If you ever feel discouraged to quit, rethink why you started and from where you started. You probably might not find yourself very successful but you would definitely see a positive displacement and if not a big revenue but yes a big experience and knowledge. And once you see that positive succession the more you would want to succeed and the more you will find ways and opportunities. This means only the initial period would be hard and the rest would find its own way.

Be daring. Cross your comfort zone, all progress takes place outside the comfort zone and explores the new options, takes risks and even if you fail and do not end up rich at least you would get experience and would be in a position to guide someone else with your precious opinion. The higher the risk the higher the return.

Big success can only be gained if you do something new and no one else has done that before like the role models we look up did. Like Facebook, Apple, Uber services, etc.  That way it will have more value no matter you succeed at that very temporary point or not.

These days’ ideas sell. Try generating ideas and work hard towards achieving them. Take risks at an early age when you are young. At a young age, a person has passion and enthusiasm, dare, idea, you are environment and need savvy and you can understand what the world would be required in the coming years.

In order to succeed, we must believe that we can. Success is not always easy (sometimes yes you get lucky)

“I find that the more I work hard, the more luck I seem to have.”— Thomas Jefferson

You would face criticism even if you want to change the whole world in a positive direction. Your attitude can make you or break you as it is said that the ones who are crazy enough to think they can change the world, are the ones that do.”

Believing in yourself would help you explore your potentials and strengths and would help you maximize your performance. If and when you do not believe in yourself you would hesitate to act on your missions and would rather listen and act on what others are saying about you. Always remember people would stop you and those who are afraid of your success or cannot initiate a venture themselves are millions around you. So concentrate on your set goal and carry on working towards it.

“A successful man can lay a firm foundation with the bricks that others throw at him.”– David Brinkley

4. SAVE AND INVEST AND BECOME MILLIONAIRE AT 27

Money attracts money. Saving money and putting it simply in a bank is a good idea but not very wise. Money in the form of a commodity that inflates very quickly. Therefore money should be invested. However, you should not put all of your savings in investments that would lead you to difficulty at the time of emergency. Like it is said that never put all the eggs in the same basket. Do not save just for saving purposes, save to invest, and generate revenue.

Consider the following points before you plan to make an investment

Of course, to be a millionaire by age 27 you need to start early, maybe in your teenage. You would have to work harder than your age mates but then you will see the reward too.

Are you happy with what we offer?
Grab your Solution Now

We are having ready to use Financial Models, Business Plan & Pitch decks for you.

6. DO NOT OVERSPEND TO LESSEN YOUR CHANCES TO BECOME MILLIONAIRE AT 27

Barack Obama, the President of the United States of America stated in a recent interview that “You’ll see I wear only gray or blue suits,” [Obama] said. “I’m trying to pare down decisions. I don’t want to make decisions about what I’m eating or wearing. Because I have too many important decisions to make.” He mentioned research that shows the simple act of making decisions degrades one’s ability to make further decisions”

Steve jobs always in a black polo shirt and Mark Zuckerberg in grey.

As Obama stated these little things diversify your concentration to the main goal. A notifiable trait of the millionaires indeed.

Stay humble. Do not get a bit above yourself even if you are a millionaire. Remember pride hath a fall so be careful with your attitude. Man is a social animal and no matter how rich you become at the end of the day you need humans around you. Bad attitude and people would love to stay away from you.

A tree with loads of fruits is always bent low. So stay humble.

8. DONATE, DO CHARITY WORK AND SURE YOU CAN BECOME MILLIONAIRE AT 27

The more you give in charity or any other activity the more you will receive. No one has ever become poor by giving. It gives you inner satisfaction, relaxation, and a positive feeling you get by helping someone. It helps circulate money from rich to poor and lets everyone enjoy a part of life even a very small part. Every religion in the world supports this cause.

Also, gifts, charities, and donations are tax-deductible so better give it to the needy people and receive praise and satisfaction rather than losing it under-taxed amount.

Charity work is, in fact, a millionaire’s trait; Bill Gates and his wife have a charity foundation in which they donate billions of dollars every year.

Being health-conscious does not only lead you to a healthier life but has financial impacts as well.

By following a healthy lifestyle would help you in different ways like;

When given a choice, surround yourself with people smarter than you. Not only will you learn at an accelerated rate and be more energized by the knowledge gap, help you in generating ideas and all. Steve jobs did that and so many other people so try finding a good company for yourself.

Success can be replicated to draw a mindset of a millionaire to be one.

10. SPEND MONEY WISELY AND INCREASE CHANCES TO BECOME MILLIONAIRE AT 27

The most important tip is “to keep your spending and your money inline”.

The easiest way to say money is to fold them up and put them back in your pocket and Spend according to who you are. This is difficult to be done in this luxurious era where we are living but it is also about emotions and desire controlling.

Saving money is not important just to be rich but also to live and get smooth with the necessities of life.

Budget your money. Budget in a way that you spend less than what you earn and try to put some of your money into the savings. Cut costs in such a way that it does not affect your basic needs; spend wisely.

Priorities your needs and allocate your budget accordingly

Oak Business Consultant has helped many Start-up and SME’s for the preparation of Business Plan, Financial Modelling, and Financial Consultancy.

Get Your Desired Solution Today With Just A Single Click 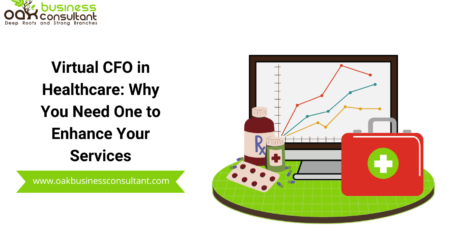 Virtual CFO in Healthcare: Why You Need One to Enhance Your Services

Virtual CFO in Healthcare: Why You Need One to Enhance Your Services The Health Industry provides patients with medication, treatment,... 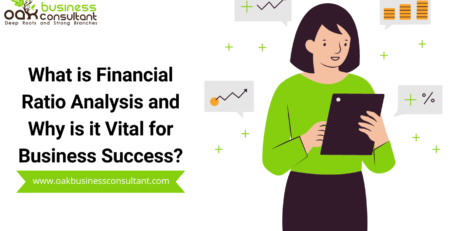 What is Financial Ratio Analysis and Why is it Vital for Business Success?

What is Financial Ratio Analysis and Why is it Vital for Business Success? In order to make sound and informed... 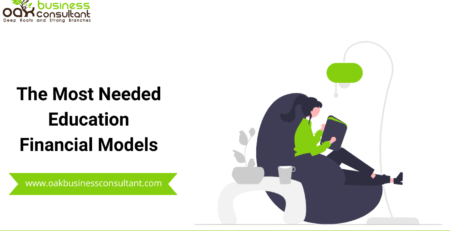 The Most Needed Education Financial Models

The Most Needed Education Financial Models We all know how the education industry has been affected by the outbreak of... 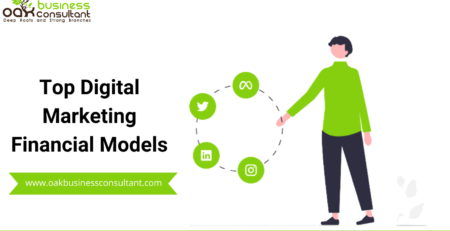 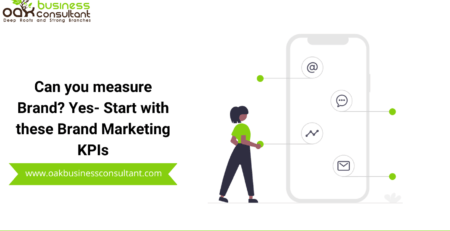 Can you measure Brand? Yes- Start with these Brand Marketing KPIs

Can you measure Brand? Yes- Start with these Brand Marketing KPIs. Developing your brand through awesome Brand KPIs and promotion... 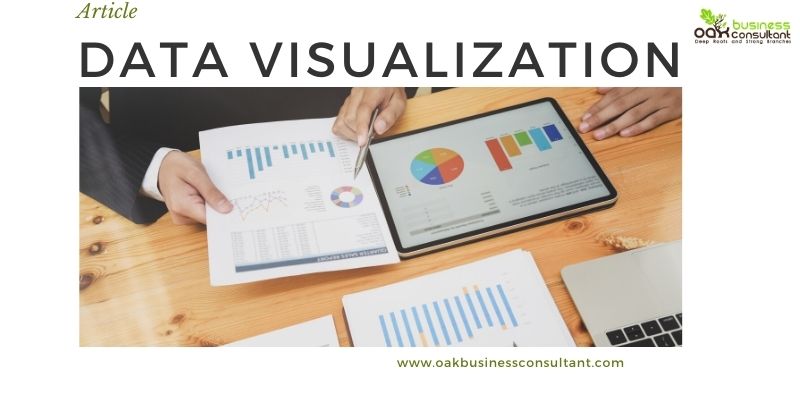 Data Visualization Data visualization is a fancy term for converting your data into charts, graphs, images, and tables. It is... 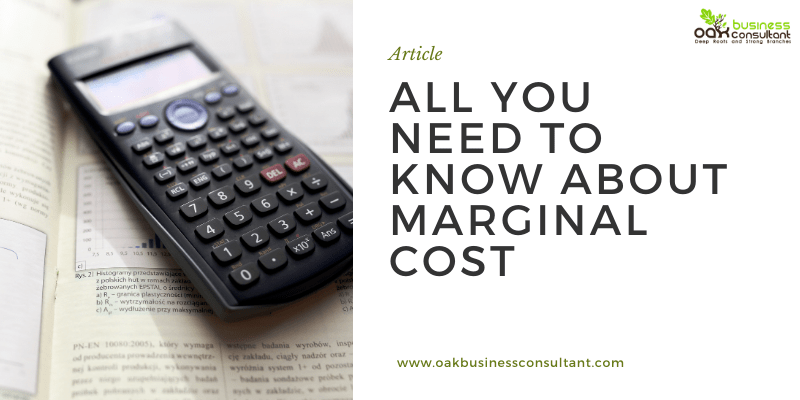 All You Need To Know About Marginal Cost

All You Need To Know About Marginal Cost Operating a business means you're going to incur a series of costs.... 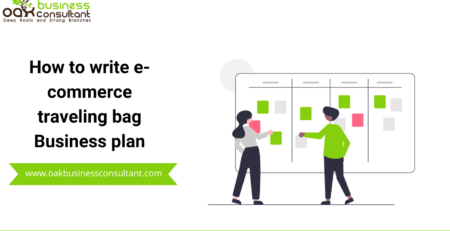 How to write an e-commerce traveling bag Business plan Why writing a Business Plan is essential? In this article, “How to... 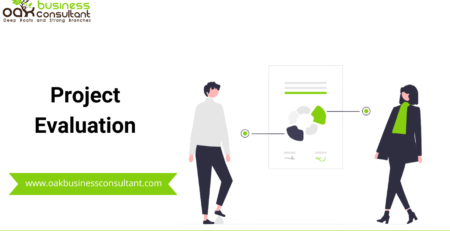 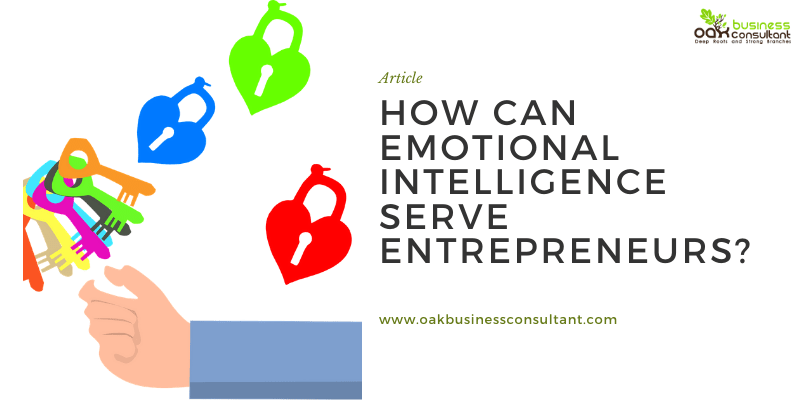 How can emotional intelligence serve entrepreneurs?

People with average IQs often outshine high IQ individuals. The secret sauce to it is emotional intelligence. So you...